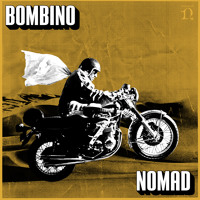 Two years ago, Tuareg guitarist and singer Omar “Bombino” Moctar burst into international consciousness with an amazing solo debut album, Agadez. Here was a young artist who was, in certain ways, molded by the towering demigods of Saharan guitar rock in Tinariwen. But, as he proved on Agadez and again in his early live shows, Bombino works from a more inventive sonic palette. His sound is far looser, more rolling and just plain riffier than Tinariwen’s style, but Bombino’s melodic ideas are coiled as tightly as a guitar string.

For his second international solo album, Nomad, Bombino benefits from an inspired pairing: He teamed up with a kindred spirit in The Black Keys’ Dan Auerbach, who produced this new album. The fuzzy, loose and wide-open sounds will be familiar to Black Keys fans — and totally complement the singular honey-and-sand texture of Bombino’s voice.

Born in northern Niger in 1980, Bombino is an ethnic Tuareg, a member of the nomadic tribe spread out across the Sahara Desert and over several countries’ borders; its members are ethnic minorities in every one of those nations. Drought and two bloody wars forced his community into exile. As a youngster, Bombino fled with his family — first to Algeria and then to Libya — before coming back to Niger. As another Tuareg rebellion against the government of Niger heated up in 2007, Bombino escaped to Burkina Faso for several years before returning to Niger three years ago.

Those experiences have shaped him as an artist. While Bombino occasionally meanders into lyrically elliptical love songs, most of his lyrics, sung in the Tuareg language of Tamashek, directly address burning Tuareg geopolitical concerns. He sings about finding unity among the transnational Tuareg community (“Adinat [People]”) and the ever-present, pressing problems of desert life, such as in “Her Tenere [In the Desert]” and “Aman [Water].” While the political issues that occupy Bombino’s thoughts may well be a world away from his American fans, his sound and style are alluring on a global scale.
Source