“In the late ’80s and early ’90s, Neneh Cherry was basically the coolest person on the planet. The daughter of a jazz great, she grew up in Sweden and in London, got into punk rock, and lived with the Slits’ Ari Up. By 1989, she was a pop star, rapping and singing over beats from the UK’s most cutting-edge dance producers. Her first two albums, Raw Like Sushi and Homebrew, are totally essential pieces of pop-music bricolage and attitude projection.
These days, Cherry might still be the coolest person on the planet. Earlier this month, she released “Kong,” a strong new single co-produced by Four Tet and Massive Attack’s 3D. And today, she’s announced plans to release the new album Broken Politics, which, like her 2014 LP Blank Project, was produced entirely by Four Tet.” Source Produced by Mike Terry, featuring the guitar of Eddie Willis

“Born in Grenada, Mississippi, Willis was known for his signature style of muted guitar riffs which added a distinctive tone or “color” to the beat, often timed with the snare, of the hundreds of hit songs recorded at Hitsville U.S.A. for Motown artists. Among the recordings Willis performed on are “Please Mr. Postman” by The Marvelettes, “The Way You Do the Things You Do” by The Temptations, “You Keep Me Hanging On” by The Supremes, and “I Was Made to Love Her” by Stevie Wonder.
Influences for Willis included Chet Atkins, Wes Montgomery, and Albert King. He played a Gibson Firebird guitar on most of his early 1960s work, later moving on to use a Gibson ES-335. On recordings such as The Supremes’ “No Matter What Sign You Are”, Willis performed on a Coral sitar…Willis died on August 20, 2018 in Gore Springs, Mississippi from complications of polio at the age of 82″ Wiki

“This album, like this band and its members, cannot be put in a box. Though very much ‘of this time’, the music and stories on this album take you through many eras, places and points of view. Some songs might find you reminiscing, cruising your old neighborhood a sunny day with a full orchestra pouring out of the stereo. Then suddenly you hear tambourines and voices pouring out of a storefront church. You may find yourself sweating out a weeks work on the dance floor at a house party or just singing round a campfire with a guitar and washboard. You might find yourself taken from a street parade surrounded by mournful horns, to gazing up at the starry sky contemplating your place in the universe, all in a single song. There are many journeys and emotions awaiting the listener on Call it Home. You never know where the Honeydrops will take you, but where ever you end up, you’ll want to dance.” “(…)and makes a convincing case that Gibson’s ’70s output was impressive. Gibson wasn’t immune to following trends. His music got softer and suppler, occasionally dipping into some paisley-accented trends — the set opens with his cover of Joe South’s “Games People Play”(…)” Source

Although Meshell Ndegeocello scored a few hits early in her career, the bassist, singer, and songwriter later opted to concentrate on more challenging material by exploring the politics of race and sex, among other topics.” Source

“One of the highlights of the album is the title track, “Waiting for the Train,” a contemplative ballad featuring interesting chord changes and an excellent guitar solo. The train as a transport to heaven is a common theme in gospel music, and this is obviously Rawls’ intent as he sings in the voice of a man contemplating the afterlife, “Get on board and don’t look back . . . I’ve got to be ready, when it comes for me, I’ve got to be ready to be set free.”” Source 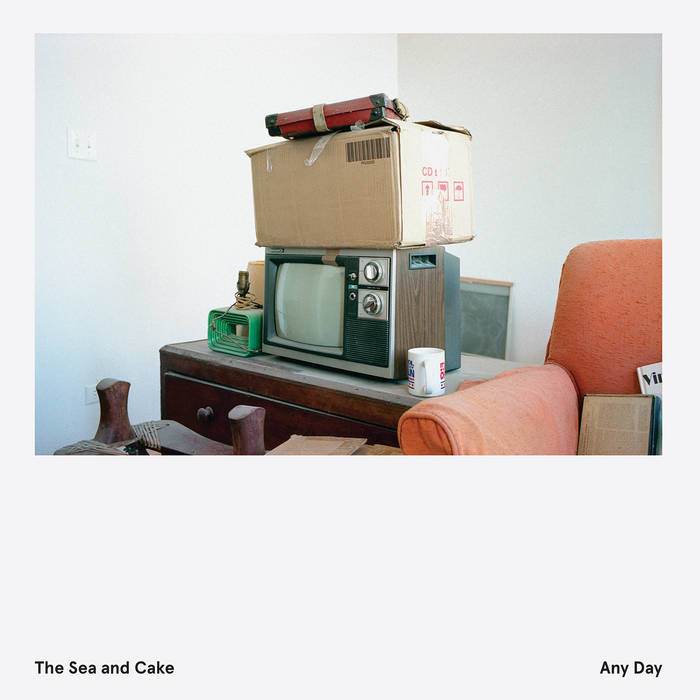 “The Sea and Cake bridge the gap between Brazilian music of the late 1960’s, African influenced guitar lines, and independent pop. A sound that is entirely distinct, centered around the delicate guitar interplay of Sam Prekop and Archer Prewitt, driven by the versatile rhythms of bassist Eric Claridge and drummer John McEntire, and finally set apart by Prekop’s vocals and obtuse lyrics.”

Lonnie McIntosh (July 18, 1941 – April 21, 2016), better known by his stage name Lonnie Mack, was an American rock, blues, and country singer-guitarist. As a featured artist, his recording career spanned the period from 1963 to 1990. He remained active as a performer into the early 2000s.
Mack played a major role in transforming the electric guitar into a lead voice in rock music. Best known for his 1963 instrumentals, “Memphis” and “Wham!”, he has been called a rock-guitar “pioneer” and a “ground-breaker” in lead guitar soloing. In these, and several other early guitar instrumentals, “he attacked the strings with fast, aggressive single-string phrasing and a seamless rhythm style”. These tunes are said to have formed the leading edge of the virtuoso “blues rock” lead guitar genre.
According to Guitar World magazine, Mack’s early solos influenced every major rock-guitar soloist from the 1960s through the 1980s, from “Clapton to Allman to Vaughan” and “from Nugent to Bloomfield”. Guitarists who have named Mack as a major influence include Stevie Ray Vaughan, Jeff Beck, Dickie Betts, Ray Benson, Bootsy Collins and Ted Nugent.
Mack is also considered one of the finer “blue-eyed soul” singers of his era.Wikipedia

“Max Kakacek and Julian Ehrlich, both formerly of Smith Westerns, left Chicago last year and decamped in L.A. to record their debut as Whitney, a sly retro outfit they started after their old band dissolved. Their lead single, “No Woman,” is a gooey and aching country ballad that meditates on one of dad rock’s most hallowed themes: the melancholy of crossing city limits to escape everything about your old life and old loves.”Source