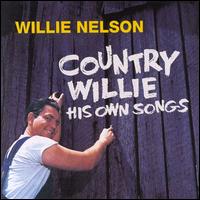 No, not the Pixies song

Long Beach power-pop rascals Tijuana Panthers have returned with the first video off their upcoming album Semi-Sweet. “Tony’s Song” is a monstrously catchy two-minute rager that recharges the polished punx in vintage pop-snarlers like the Only Ones, the Real Kids, or Generation X. The video, hilariously, has way more budget than any punk band has a right to use, ending up as an awesome Grindhouse Zorro where lead Panther Chad Wachtel duels at dawn for the hand of Duchess Francesca!
Source

John Prine (born October 10, 1946) is an American country/folk singer-songwriter. He has been active as a composer, recording artist and live performer since the early 1970s.

Born and raised in Maywood, Illinois, Prine learned to play the guitar aged 14. Subsequently serving in West Germany with the U.S. armed forces, by the late 1960s he had moved to Chicago, where he worked as a postman, writing and singing songs as a hobby. Becoming a part of the city’s folk revival, he was discovered by Kris Kristofferson, resulting in the production of Prine’s self-titled debut album through Atlantic Records in 1971. After receiving critical acclaim, Prine focused on his musical career, recording three more albums for Atlantic. He then signed to Asylum Records, where he recorded an additional three albums.

In 1984 he co-founded Oh Boy Records, an independent record label with whom he would release most of his subsequent albums. After struggling with squamous cell cancer in 1998, Prine’s vocals deepened into a gravel-voice, resulting in the award-winning album Fair & Square (2005).

Widely cited as one of the most influential songwriters of his generation, Prine is known for humorous lyrics about love, life, and current events, as well as serious songs with social commentary, or which recollect melancholy tales from his life
Source

Detroit’s The Pizazz write great songs, which, accompanied by the excellent production of The Go/Conspiracy of Owl’s Bobby Harlow make their debut album “Get Out Of My House” one of our very favorite releases! You heard it on cassette first, now experience the full sound of VINYL!
Burger

Ascending from the ashes of the country music underground’s ultimate proving ground known as the .357 String Band, banjo player and songwriter Joseph Huber releases his second solo offering, Tongues of Fire. With some songs originally meant for the now deceased .357 project, and some that speak to the causes of its demise and dealing with its aftermath, Huber compiles an engaging and surprisingly bright-sounding album that speaks true to his life, and is easy to relate to yours.

It is difficult to describe Tongues of Fire without comparing it to Joseph’s first solo album Bury Me Where I Fall which in contrast was very dark, and not from the easy avenues of screams and Satan references, but from deep and intelligent songwriting and eery chord structures. Tongues of Fire takes almost an exact opposite approach, with a lighter feel to virtually all these songs even when the lyrics deal with dark subject matter. In this respect Bury Me Where I Fall and Tongues of Fire make an excellent tandem. They create a duality, a fulfilling yin and yang approach where the two projects combined become better than the sum of their parts.
Source

For those not so familiar with the band, The Black Angels are an Austin, Texas based psychedelic rock band formed in 2004 that have become a leading force within the underground psychedelic music scene by organizing the annual psychedelic music festival entitled Austin Psych Fest.
Source

Legendary psych rocker and founding member of 13th Floor Elevators, Roky Erickson returned to the stage in 2008 to perform songs
from the 13th Floor Elevators catalog that had not been performed in decades. Backed by the neo-psychedelic rock heavyweights, The
Black Angels, Night of the Vampire captures a special performance Halloween night 2008 from the El Ray Theater in Los Angeles.

Fats Domino had his final top ten song in 1960 with Walking To New Orleans. He recorded some old Hank Williams songs such as “Jambalaya [On The Bayou]” and “You Win Again” and he did old standards such as “Red Sails In The Sunset,” which was his final top forty song, in 1963. In 1968, he even did a cover of the Beatles’ “Lady Madonna”.
Source