“Love is a language with no subtitles”

Like ideas, the best songs are the simple ones. And like most simple ideas, they’re usually far more complex upon further examination than they seem at first.

So many young songwriters start off looking for the most complex way possible to examine a simple truth. Perhaps to seem smarter, or more “mature”. The better songwriters learn – hopefully before too much embarrassment – that the complex thought simply put is the key to a great song. Distilling that subtle truth down to its very essence and expressing it in a way that cuts through the bullshit and takes the listener by the heart into the depths of the intended emotion.” http://t.hardymorris.com/

“Staring Down The Dust” is the first track from the forthcoming self-titled album from Ten Commandos. The song features vocalist Mark Lanegan (Screaming Trees) and is available digitally.

“There is so much truth in the sounds and lyrics coming from Frankie Lee’s debut album American Dreamer it resonates pure working man blues country and the grit of been there wallowed around in it. With mixed Haggard swagger and Flying Burrito Brothers take it easy story telling it is hard to understand why this fella isn’t on the tongue of every music purest. Soon.”Source

“Rocket From The Tombs is back. ‘Black Record’ delivers eight new tracks, as well as definitive recordings of Rocket classics ‘Sonic Reducer’ and ‘Read It And Weep’ and a cover of The Sonics’ ‘Strychnine.’ Still fighting mad.

Fronted by founding members Crocus Behemoth and Craig Bell, ‘Black Record’ delivers anthems borne of decades of raw energy coupled with decades of experienced musicianship, firmly assuring its place in the extraordinary history of the band.

“No one else in American rock, underground or over, in 1974 and ‘75, was writing and playing songs this hard and graphic about being f**ked over and fighting mad. No one else is doing it now.”
David Fricke, editor of Rolling Stone” 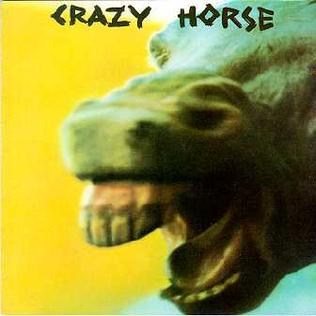 “I Don’t Want to Talk About It” is a song written by Danny Whitten. It was first recorded by Crazy Horse and issued as the final track on side one of their 1971 eponymous album. It was Whitten’s signature tune, but gained more fame via its numerous cover versions, especially that by Rod Stewart.”Wiki

“Roy’s gift for blending Southern-influenced folk, blues, country and rock into a seamless genre with his own signature sound demonstrates his connection to the best in the tradition of fine wake-me-up and kick-me-in-the-ass roots music.” -NO DEPRESSION