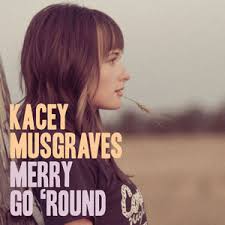 Kacey Musgraves looks like a perfect country music ingenue – until you notice her nose-ring and the punky peroxide streak in her chestnut hair. The 24-year-old Texan’s debut single is similar. It comes on gently – a banjo and a fingerpicked acoustic nudging a lovely singsong tune – but the story it tells is fierce and unblinking: a tale of small town America, where bleak prospects, bad marriages, and boredom are a young woman’s birthright. “Mary, Mary, quite contrary/We’re so bored until we’re buried,” Musgrave sings. It’s as poetic and potent as any song released in 2012 – an instant classic, a “My Hometown” for millennials.
Source

From http://www.americansongwriter.com:
Shel Silverstein did a little bit of everything in his amazing career. A cartoonist, author, screenwriter, and much more, Silverstein will always be beloved among music fans for his songwriting output. Many of his songs were quasi-novelty numbers like “A Boy Named Sue,” recorded by Johnny Cash, and “The Cover Of The Rolling Stone,” which turned into a self-fulfilling prophecy for Dr. Hook & The Medicine Show.

Those songs relied on Silverstein’s inventive, subversive sense of humor. For “Sylvia’s Mother,” also given to Dr. Hook for what was their very first single, it sounded on paper like another comical set-up: A would-be suitor’s desperate pay-phone call to his ex-girlfriend is intercepted by her protective mother. Yet the song, which hit the Top 5 in both the US and UK, turned out to be surprisingly moving, thanks in large part to the tender performance of Dennis Locorriere, who sang lead on the track for Dr. Hook.

As for Siverstein, he didn’t have to use much imagination for the tale, since it actually happened to him. He told Rolling Stone about it in 1972: “I just changed the last name, not to protect the innocent, but because it didn’t fit. It happened about eight years ago and was pretty much the way it was in the song. I called Sylvia and her mother said, ‘She can’t talk to you.’ I said, ‘Why not?’ Her mother said she was packing and she was leaving to get married, which was a big surprise to me. The guy was in Mexico and he was a bullfighter and a painter. At the time I thought that was like being a combination brain surgeon and encyclopedia salesman. Her mother finally let me talk to her, but her last words were, ‘Shel, don’t spoil it.’ For about ten seconds I had this ego charge, as if I could have spoiled it. I couldn’t have spoiled it with a sledge hammer.”

The trick for Silverstein was converting that story efficiently into a song. He managed this in ingenious fashion by telling the story almost completely through the mother’s phone patter. Mrs. Avery alternates between polite small talk and stern warnings against the narrator’s attempts to reconcile with Sylvia, who’s preparing to marry a man “down Galveston way.”

The only words that the narrator can get in are his desperate pleas to at least say goodbye, but Mrs. Avery realizes that he likely wouldn’t stop there. That’s where Silverstein’s structure gets it right. It’s fitting that the guy’s feelings and thoughts on the matter should go unheard, since he’s the odd man out in this situation. The anguish in Locorriere’s delivery says it all anyway.

The early 70’s were a great time for sappy heartbreakers to break through on the AM dial, but “Sylvia’s Mother” is one that still holds up without any lingering aftertaste. Silverstein’s quirky talent, filtered through Dr. Hook’s earnest rendering, gets the credit for that. Anyway, the royalties probably more than compensated Shel for all that change he owed the operator.

Her music, the equivalent of a smoke-filled whiskey-soaked back street bar when compared to the ultra slick, over-styled and over-produced country superstars that clog up the Nashville airwaves and give country music – as a whole – a bad (or at least misunderstood) reputation.
The epitome of modern day Americana, Rose’s music is all aching telecaster twangs and weeping pedal steel – shot through with unapologetic hooks and melodies sweet like honey nectar.
‘No One To Call’ is the lead track from The Stand-In, Rose’s second album and the follow up to the universally acclaimed Own Side Now from 2010. Immediately punchier than previous work, Rose says of the new material “I have a tendency to work small so this album is like my first attempt at a high kick”.
Flanked by band mates Jeremy Fetzer and Spencer Cullum, alongside a whole host of key Nashville players – ‘No One To Call’ sounds instantly timeless. Bursting out of the gates with a bar room honky-tonk swagger, Roses’ undeniable croon instantly disarming. Like all truly great country songs, it’s simultaneously heartbreaking and uplifting – life affirming even.
Source

The Queen of Underground Country, the lovely and talented Rachel Brooke will be releasing her new album A Killer’s Dream on December 4th, featuring Florida’s Viva Le Vox as her backing band, and a duet with Lonesome Wyatt of Those Poor Bastards. This will be her 3rd full-length album.
A Killer’s Dream was recorded at Rachel Brooke’s brother’s Halohorn Studio in Traverse City, MI, and will be made available in limited edition 100 red vinyl copies, black vinyl, CD, cassette, and digital form. All formats will be available for pre-order on Tuesday, November 20th at http://rachelbrooke.bigcartel.com. “I am very excited about this record because I think it’s my best one yet, by a long shot. The sound we captured is something I’m very proud of, and I think there are some cool surprises on it.”
The first cool surprise is the world premier video for the song “The Black Bird”…
Source

The Flaming Lips-spearheaded collaborative remake of “In the Court of the Crimson King” is available now on limited edition multi-color vinyl at Dallas’ Good Records. Titled “Playing Hide and Seek with the Ghosts of Dawn,” this new version of King Crimson’s debut LP is also streaming in full at The Lips’ satelliteheartradio.com and will sell online in the near future.
Read More… 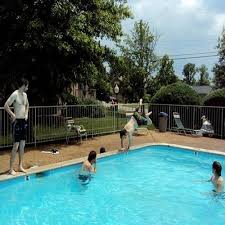 After several years of personal hell, Dan Stuart is finally back. His old band, legendary Green On Red, disbanded in 1992, and Dan tried to continue solo. After a record with Al Perry in 1993 and the first solo album in 1995, Dan disappeared from the music business.
There were many different stories and legends on what he was going through in those years, but it wasn’t until ten years later that we heard of Dan again. He first regrouped with Green On Red to play a few shows in Europe and USA (a live DVD came out of that), and then put out a record with Steve Wynn (a studio and live sequels to their legendary Danny And Dusty project) and one with the producer JD Foster (in an ad-hoc band called The Slummers). Now, Mr. Stuart is back with a masterpiece – new LP called The Deliverance of Marlowe Billings.
Read More…

Do you want your own Impo 7″? Place your order here: impoandthetent@gmail.com
For more Impo music visit our bandcamp: http://impotents.bandcamp.com

All songs by Impo & the Tents 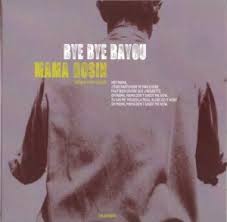