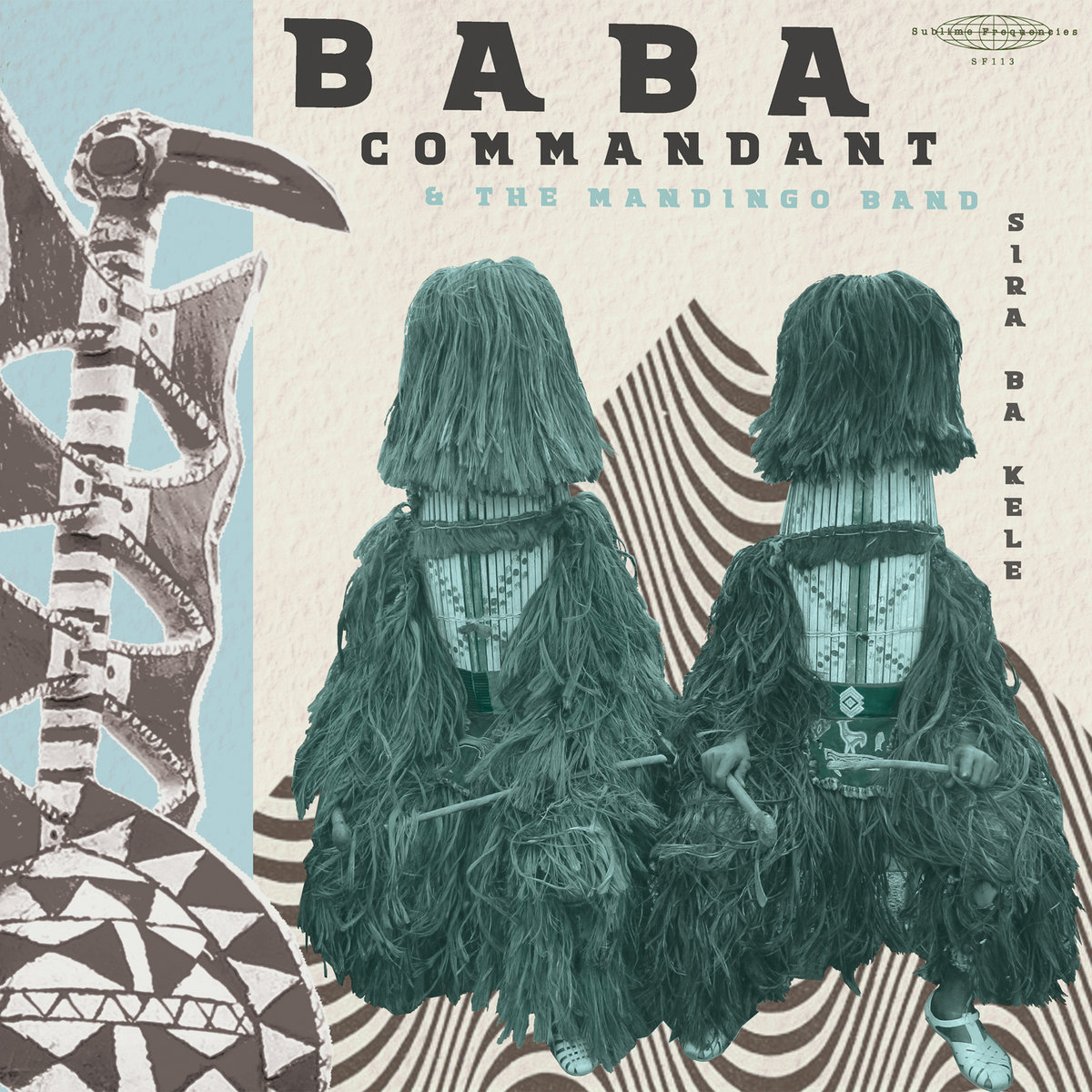 “Baba Commandant And The Mandingo Band return with their second album, Siri Ba Kele. After the Afro-beat fury of their first album Juguya (2015), the band has now distilled a potent mix of traditional and modern Burkinabe funk with a reverent take on the iconic Mandingue guitar music of the 1970’s. Mamadou Sanou (Baba Commandant) leads the band with a confidence earned from years of toiling in the DIY underground of the West African music scene. His riveting growl and main instrument, the doso n’goni, still strike with a profound delivery. The band’s guitarist, Issouf Diabate, is on board again and his breathtaking guitar work is one of the greatest examples of the instrument displayed in modern times. Massibo Taragna (bass) and Mohamed Sana (drums) are simply one of the finest rhythm sections working today, each a master on his instrument and the chops displayed here are truly something to behold. The band has become an interlocking five-headed hydra of complex funk and cosmic guitar explosions. Recorded in Ouagadougou, Burkina Faso in February 2018 by Camille Louvel and mixed with SF’s Hisham Mayet, the Mandingo Band’s sophomore LP is a modern statement of searing Sahelian compositions. It stands shoulder-to-shoulder with such classics as Super Biton De Segou (1977), Kanaga De Mopti (1977), Les Ambassadeurs Internationaux (1981) and the mighty Rail Band” Bandcamp