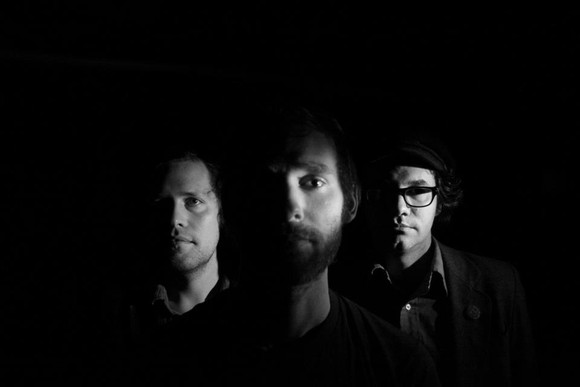 Shortly after collecting the ashes of perennial bar darlings, John Wilkes Booze, and noise thrashers, Hot Fighter 1, Bloomington’s Apache Dropout traded in garage grease for a seat on the Donovan and Vashti Bunyan cross-country caravan vision quest– all while participating in some light prophesying of #occupy. Though the oft-lauded soul-imbued boogie punk of Bubblegum Graveyard captured the attention of the blogerati, their under-the-radar early cassette releases showcase a mercurial and mystery-laden cosmic outfit, convenientlly collected on Magnetic Heads. Evocative of the murky outsider folk of Alexander Skip Spence and Holy Modal Rounders, Magnetic Heads conjures the cultish flavor of outsider psychedelia that’s equal parts intimate and unsettling – without taking itself too seriously. Ignore the goofy album art that could almost pass for a NOFX poster and take a trip, tune out, and flip off the institution that got us in this danged mess in the first place with “Don’t Trust Banks.” The rerelase Magnetic Heads jumps from tape to limited edition vinyl via Family Vinyard February 5– The Decibel Tolls
Source